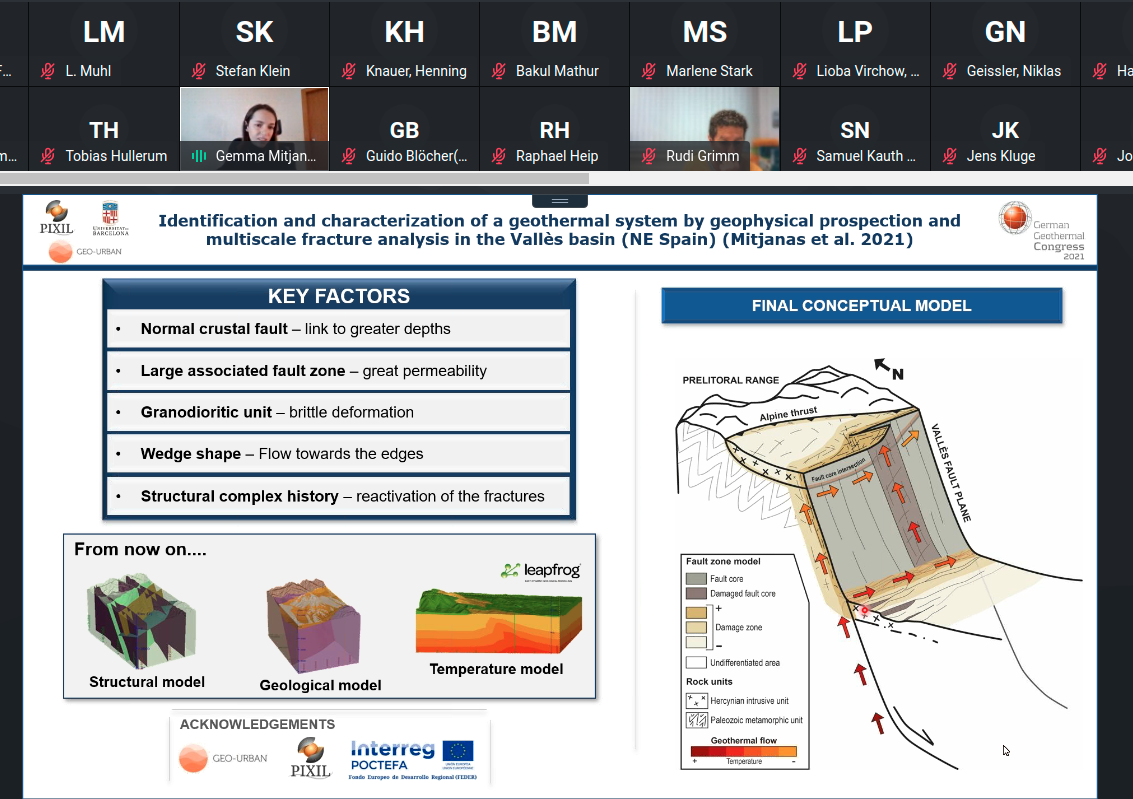 The PIXIL project has participated in the German geothermal congress "Geothermie Kongress" which took place from 30 November to 3 December 2021 in a virtual format. The congress consisted of 175 technical presentations, including workshops, poster sessions and keynote talks. In addition, the event included the "Science Bar", a poster competition for young scientists, which is organised every year by the "Young Geothermal Energy" working group of the German Geothermal Energy Association (Bundesverband Geothermie e.V.) as part of the congress.

Octavio Castillo, postdoctoral researcher at the Barcelona Supercomputing Center, and Gemma Mitjanas, researcher at the University of Barcelona, participated in the event with two presentations. The first took place on 1 December under the title "The role of geophysics electromagnetic and HPC in the geothermal reservoir characterization". Octavio Castillo presented the potential of electromagnetic modelling in the characterisation of geothermal reservoirs and all the work that has been done together with the University of Barcelona in the framework of the PIXIL project.

On the other hand, the same day in the afternoon Gemma Mitjanas participated in the "Science Bar" with the poster "The role of crustal faults, relay ramps, and the intersection of fractures in crystalline geothermal reservoirs. Identification and characterization by geophysical prospection and multiscale fracture analysis in the Vallès basin (NE Spain)" and explained the advances in geophysical exploration in the Vallès basin.