Interview with Perla Piña-Varas: "Making women visible in the field of science is important so that the new generations see that it is possible, that it is normal to be a woman and a scientist" 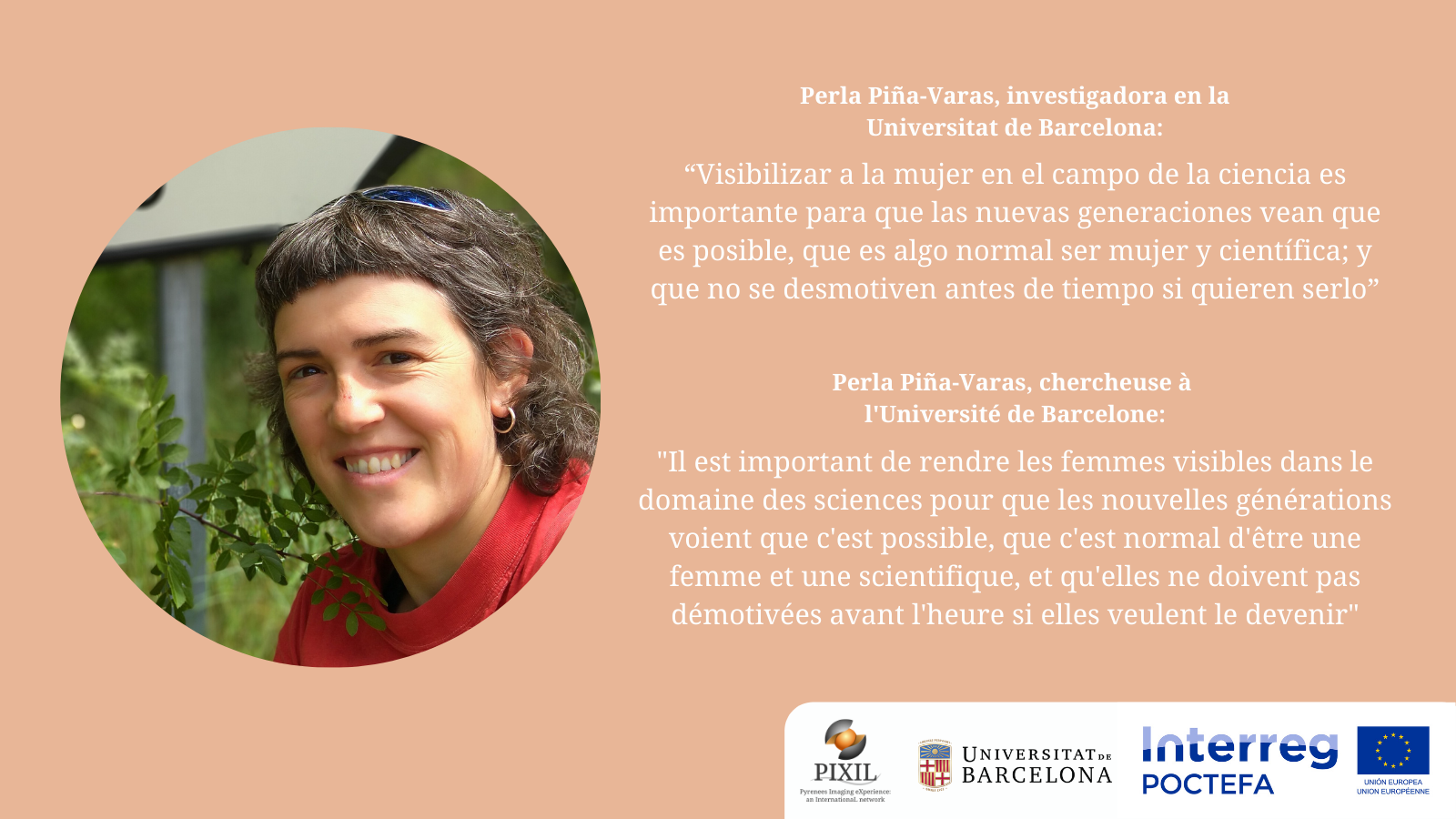 To commemorate the International Day of Women and Girls in Science, which was celebrated on 11 February, we interviewed Perla Piña-Varas, a researcher at the University of Barcelona. In the interview, Perla talks about her professional career in the world of research and reflects on the importance of making girls and women visible in the field of science.

I am a geologist/geophysicist, and it has been a little more than ten years since I started my PhD and, therefore, my career in the research world.

I couldn't pinpoint a specific reason. The truth is that when I was younger I never considered the option of doing a PhD and getting into this world.

One day I decided to leave my job at the hydrogeology company I was working for and take a break, and I took advantage of this time to study for a master's degree in geophysics at the University of Barcelona. I had always liked geophysics very much and maybe that is where my curiosity to investigate and continue learning was awakened. I would say that it is this curiosity and desire to learn and discover new things every day that motivates me in the end.

Yes, I have visited the island of La Palma where in collaboration with colleagues from INVOLCAN we are carrying out a monitoring experiment with electromagnetic methods.

My job is to help with the design and development of the campaigns for the acquisition of new magnetotelluric data, as well as the processing, analysis and inversion of the data. With all this we hope to obtain new information about the internal structure of the island, and understand a little better the capabilities and limitations of the application of these methods to monitoring studies in volcanic areas.

Starting a new project is always motivating. In this case, the PIXIL project is a very interesting challenge because of the work being done in the development of free software prototypes to generate models that help to better understand the operation and characteristics of geothermal systems. So being part of something like this, from an institution like the University of Barcelona, is more than enough motivation!

As we mentioned before, a large part of the PIXIL project is based on the development of free software prototypes for the study of geothermal systems; although the project is mainly focused on promoting geothermal energy in the Pyrenees.

The Canary Islands are, due to their great geothermal potential, a very good opportunity for the application and validation of the software being developed in this project. This is where my contribution would come in.

I would say that in part yes, it is important.

It is a difficult world, very competitive and with huge job instability. This means that excellent professionals end up going out of the country or leaving the scientific career despite the fact that research is something they like and at which they are very good. And the reality is that in some fields the dropout rate is higher among women, who are already fewer, than among men.

So I think that making women visible in the field of science is important simply so that the new generations see that it is possible, that it is normal to be a woman and a scientist; and that they do not become demotivated if they want to be women-scientists. On the other hand, I also believe that forcing this visibility can be counterproductive because it can lead to false interpretations. If the reality is that there are few women and many end up leaving, then maybe we should also talk about this.

The same as I would say to anyone else: go ahead! Like all worlds, the world of science has lights and shadows, but if in the end you like it and you can combine it with your personal life, go for it!